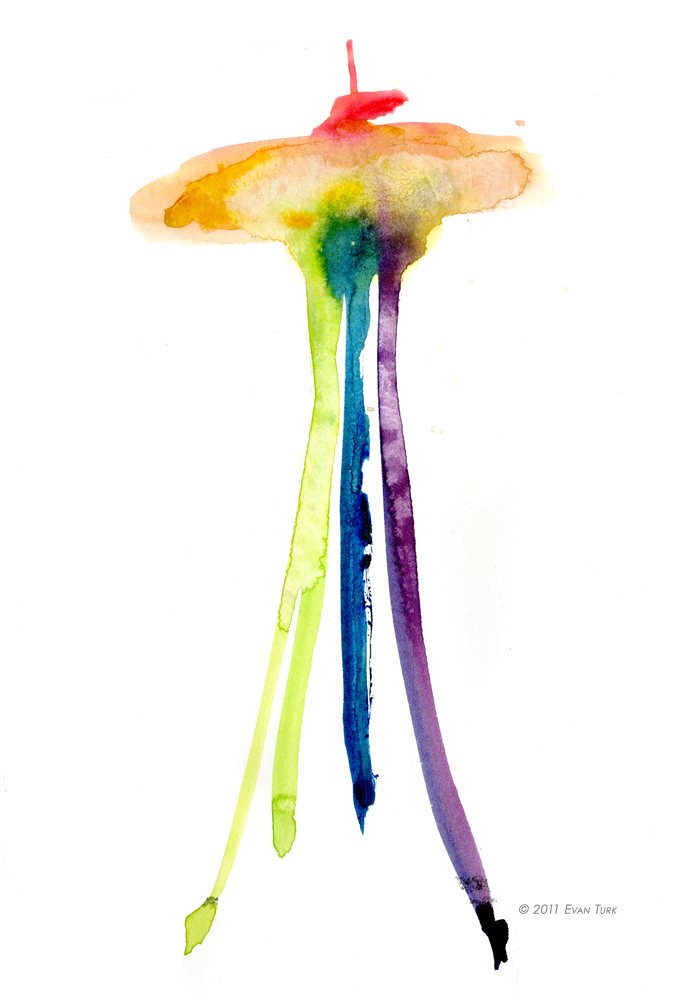 More from my trip with Dalvero to the West Coast! Our first three days were in Seattle, which happened to coincide with Seattle's gay pride parade! I was very excited to be able to do a reportage of the parade, especially after the gay marriage bill passed back home in New York (yay!), and I wasn't going to be there to celebrate. 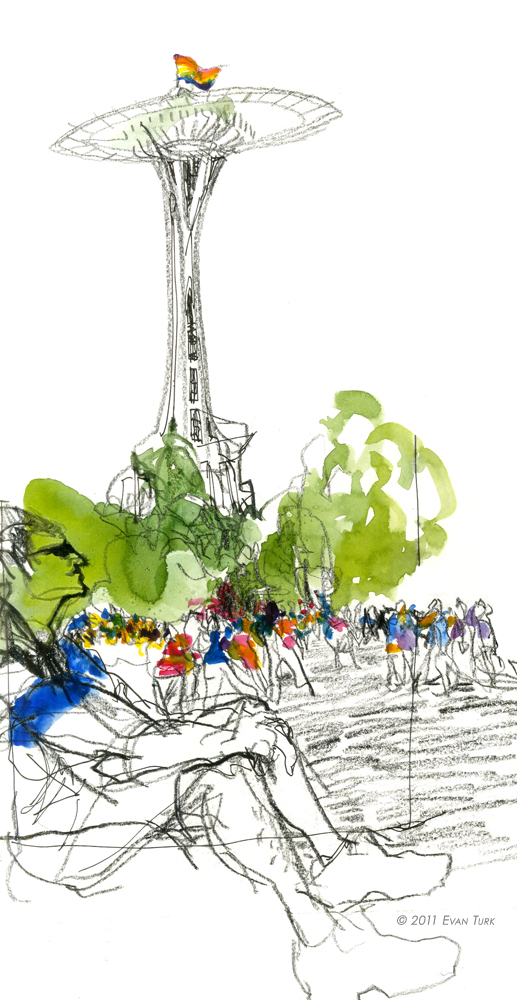 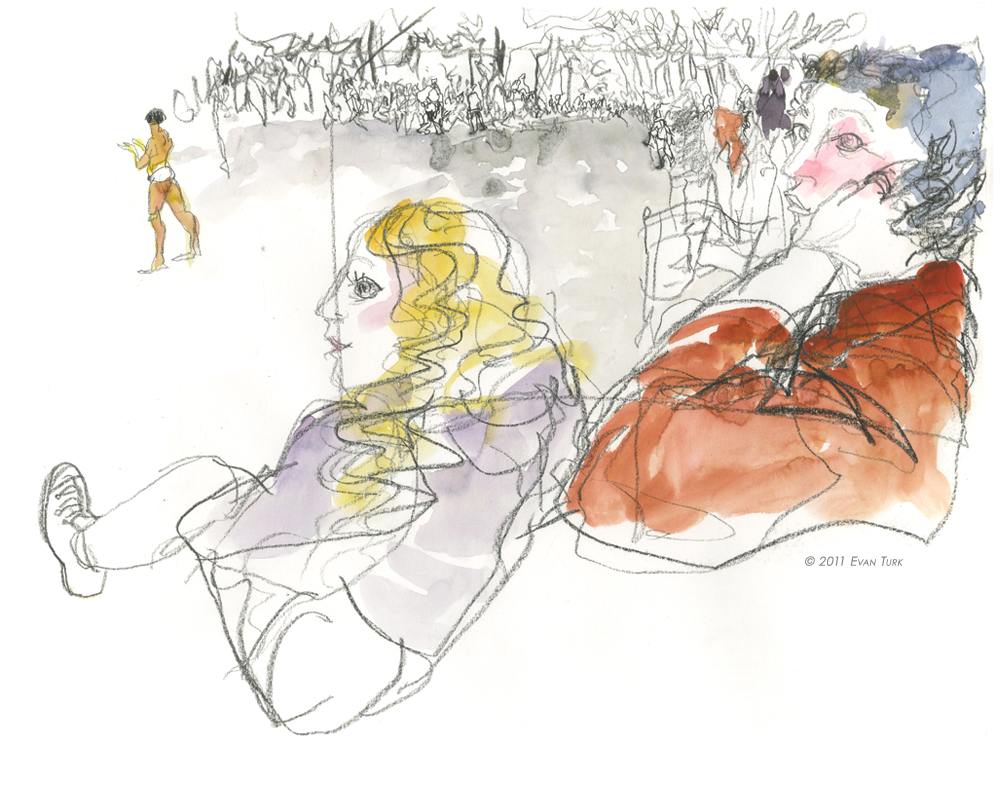 The Rainbow Flag was atop The Space Needle for the second year in a row, as a response to a fund-raising effort by the Seattle gay community for local causes and an overwhelming outcry when the Space Needle announced it would not be displaying the flag this year. As I waited for the parade, I sat next to a sweet lesbian woman and her preteen daughter (who pointed out every mostly nude person that walked by to her mother). It was cute seeing a family that had made Pride (nudity and all) a family tradition. 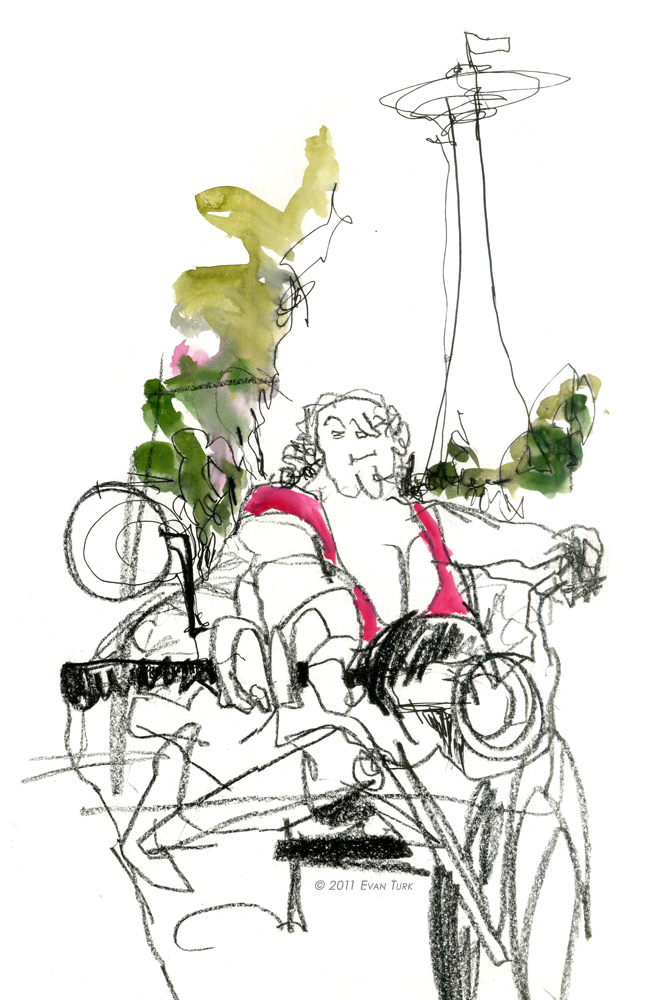 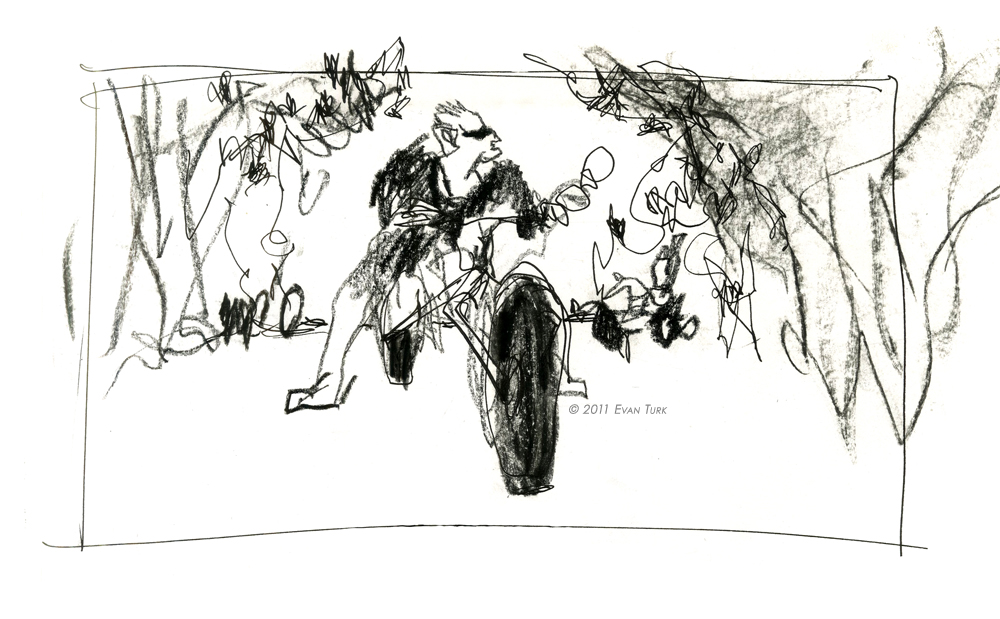 The parade began, as New York's parade does, with the sputtering engines of the Dykes on Bikes. The crowd erupted in a roar of cheers as they circled around, studded leather jackets flying in the wind (among other things). 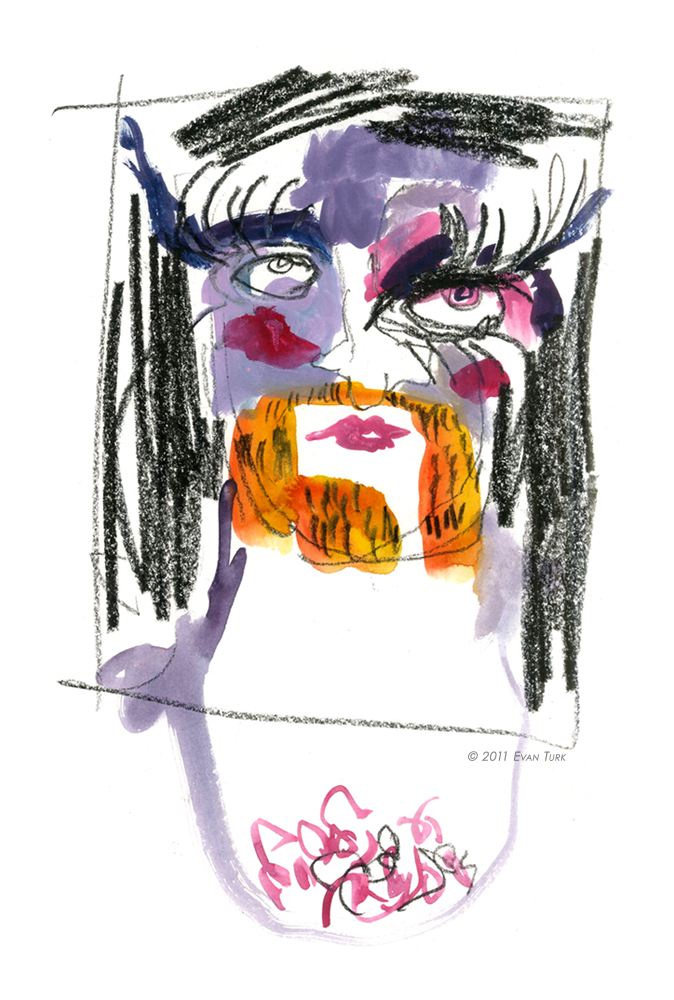 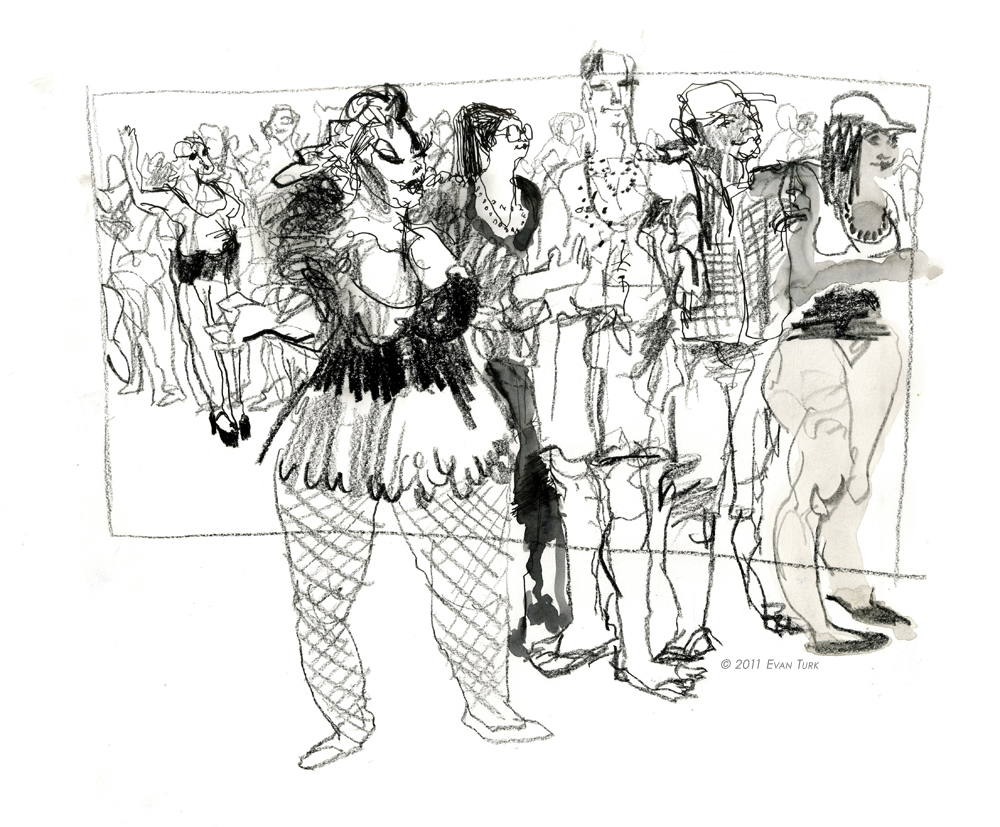 The Dykes were followed by a troop of drag queens in sky-high platform heels and gothic black dresses. The crowd itself was no less diverse, with it's share of...everything, shouting and cheering as the parade marched down the street. 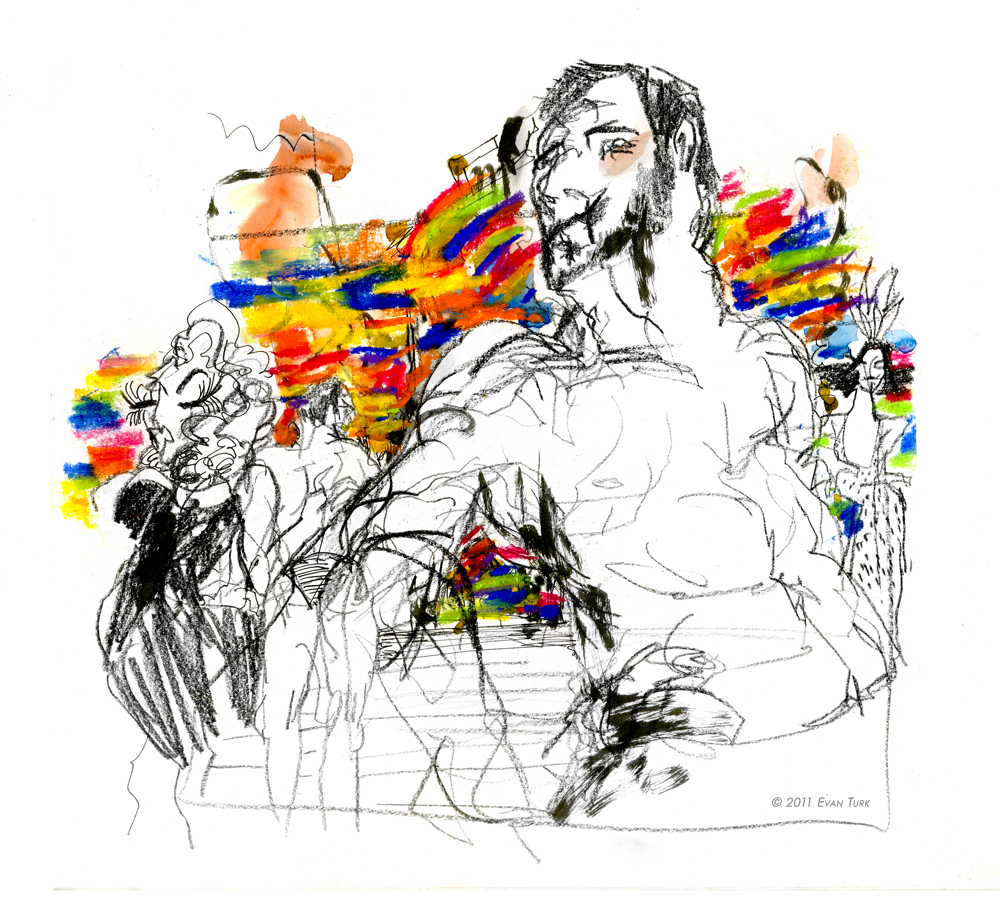 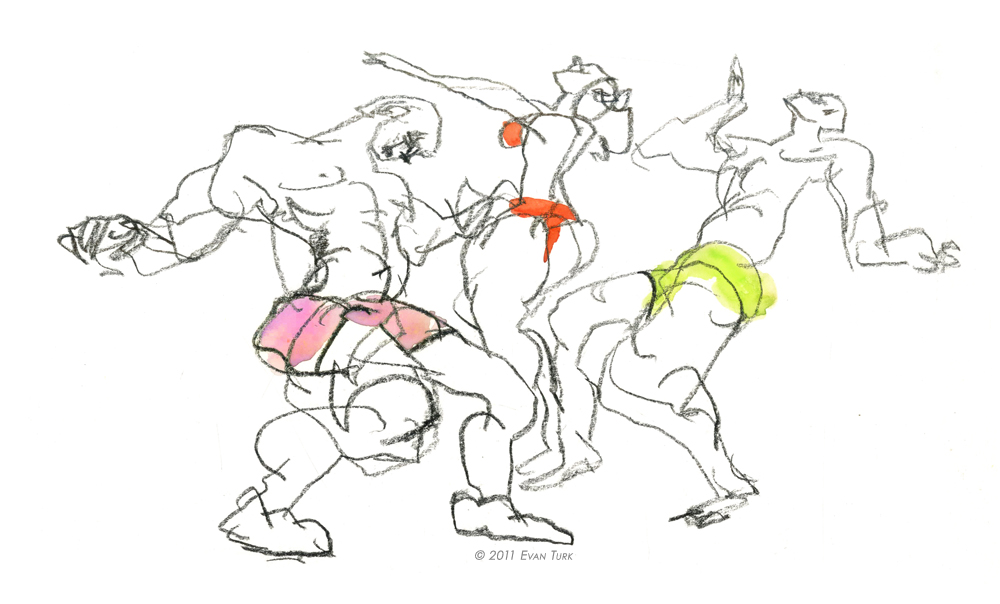 Soon after was the familiar explosion of muscley male gyration, rainbow flags, and even more drag queens. 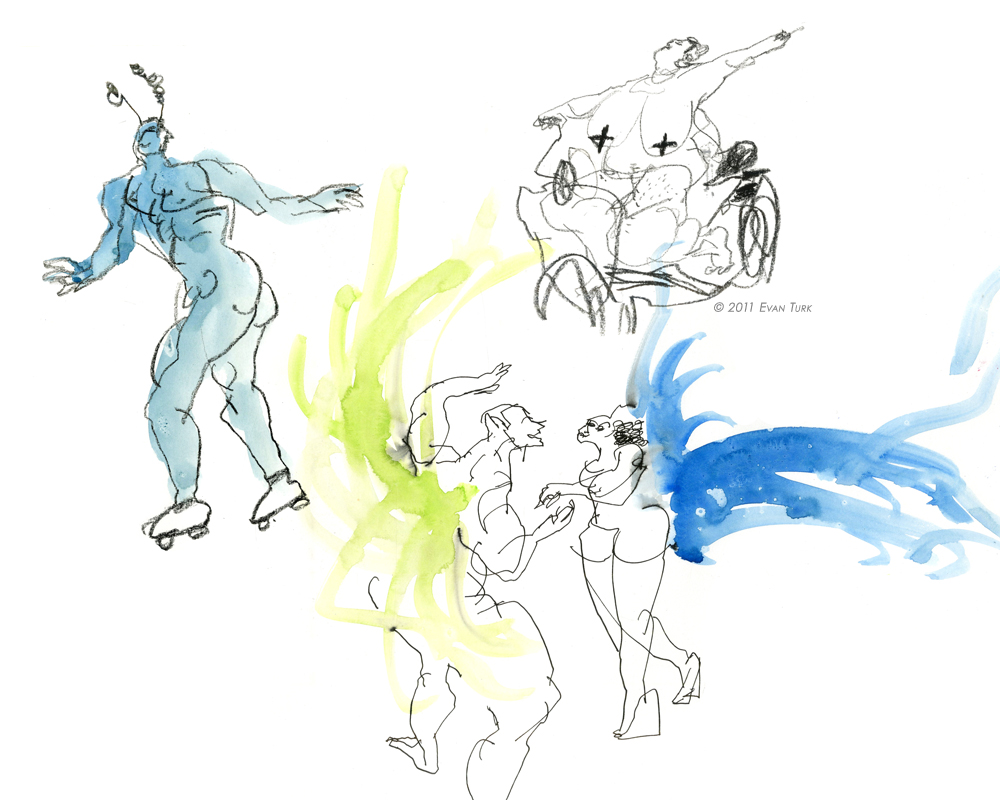 Some new additions from Seattle were the completely nude, painted rollerbladers and bike riders and another, more "free-wheeling" Dyke on a Bike. 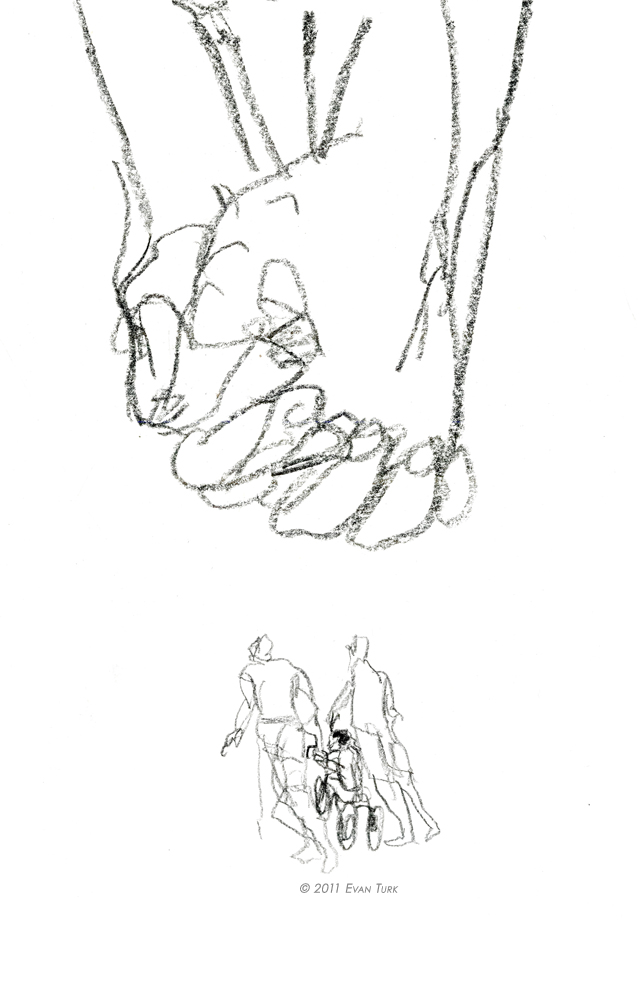 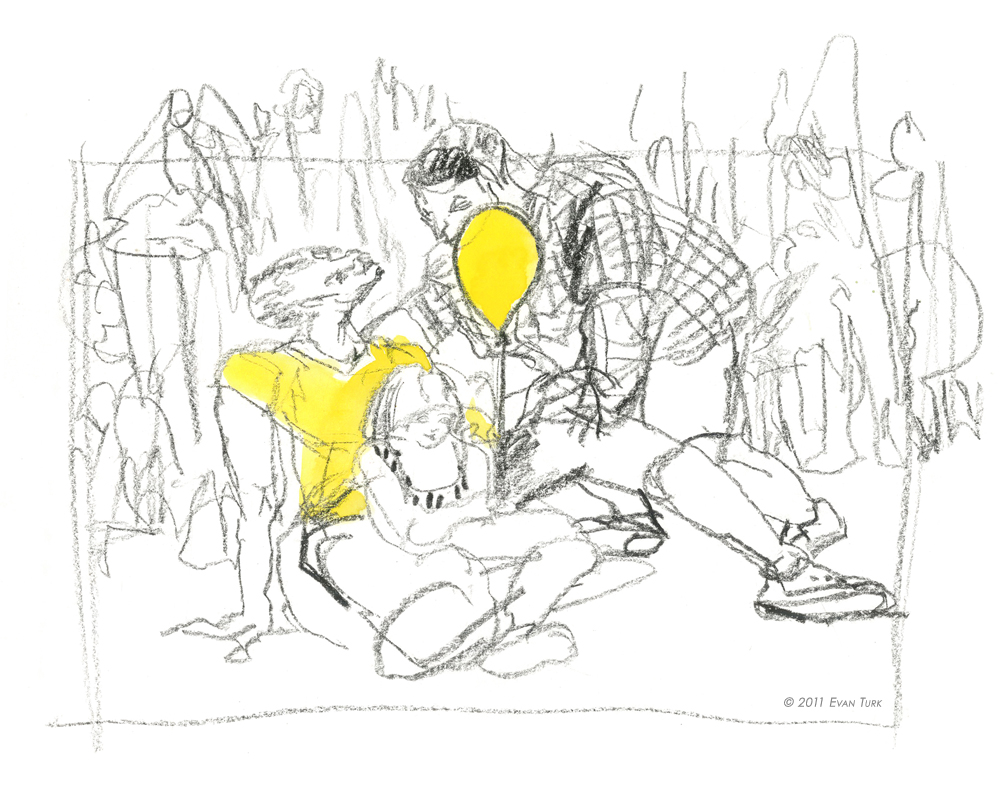 But just as with the New York parade, for every muscle-Daddy in assless chaps and a leather g-string, there is a sweet moment between two people that are just happy to be out holding hands with the person they love. 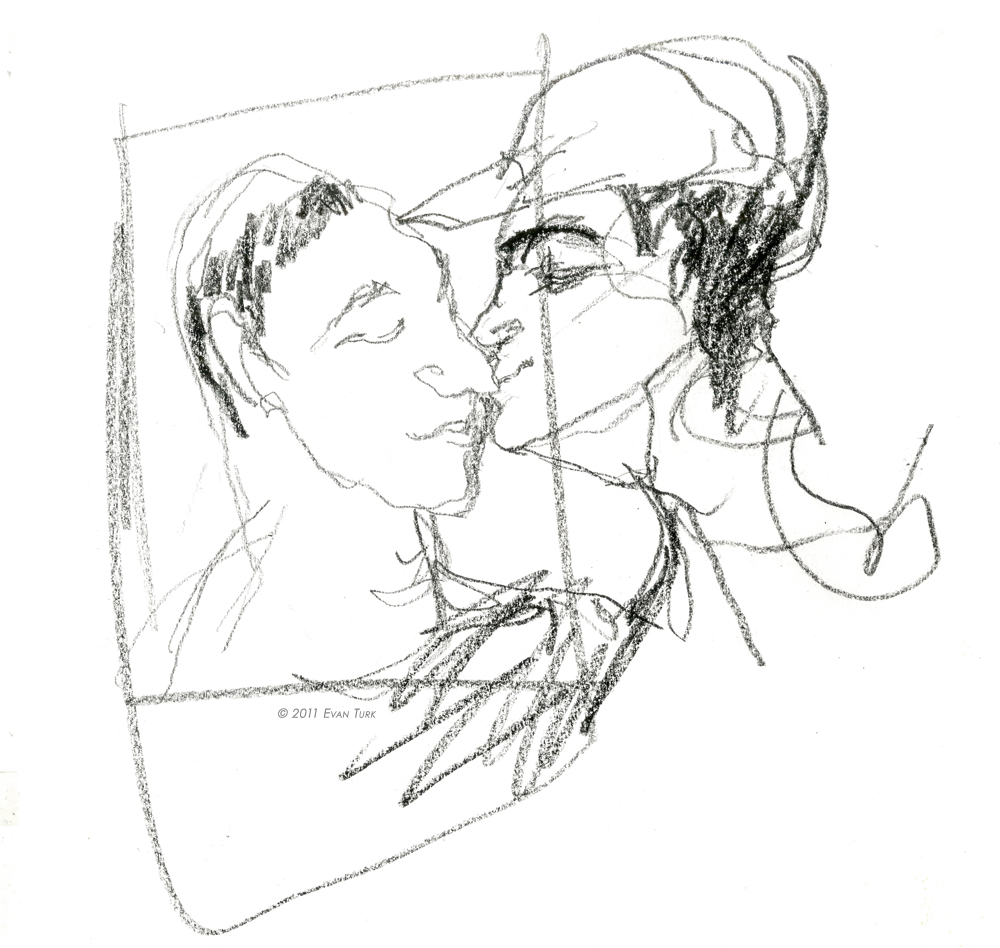 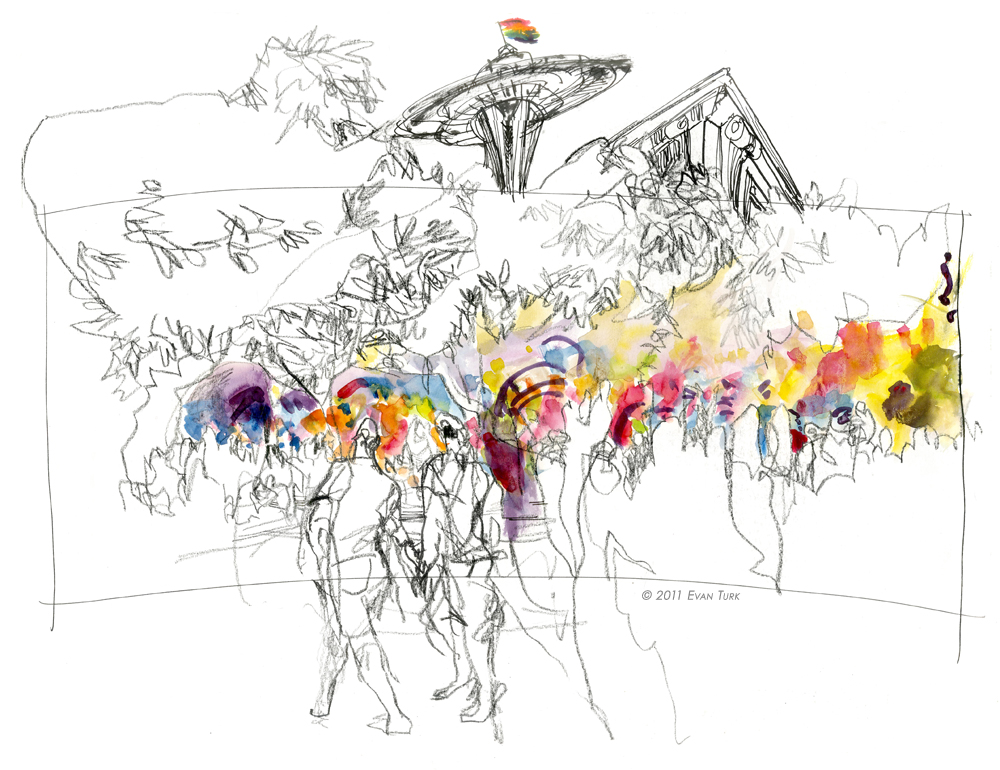 What I love about Pride parades, is that it brings out all facets of the gay community, and makes them visible. 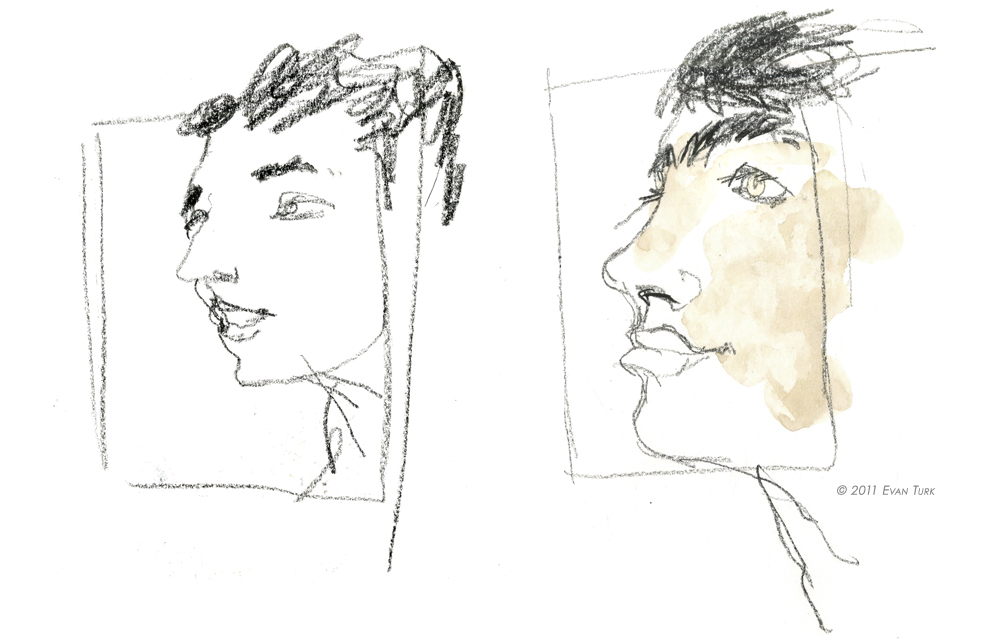 You can see everyone from young gay boys, who may be out for the first time... 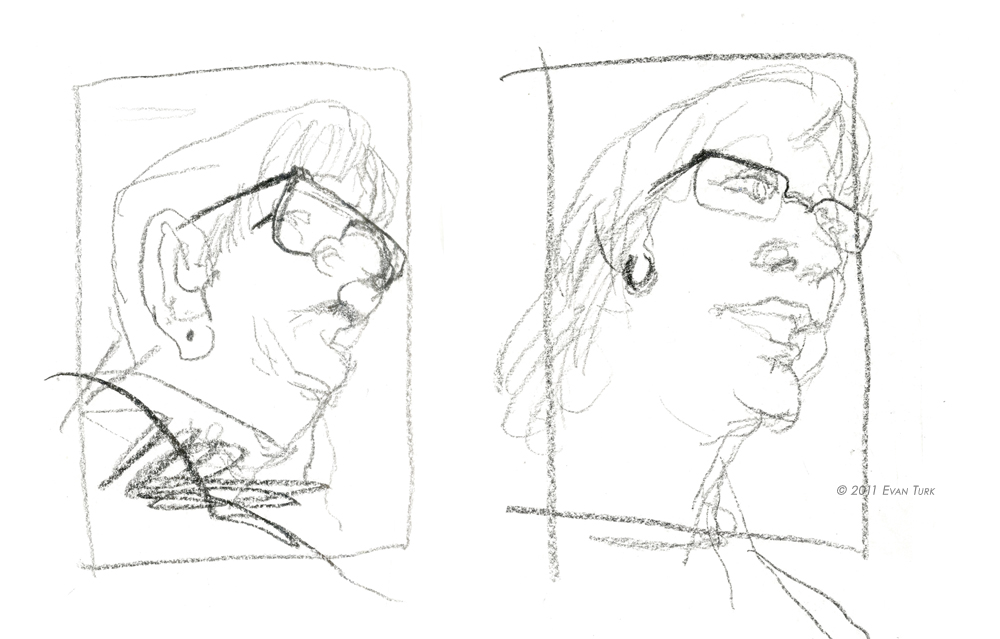 ...to an older lesbian couple who have been together, and watching the parade for 20 years. 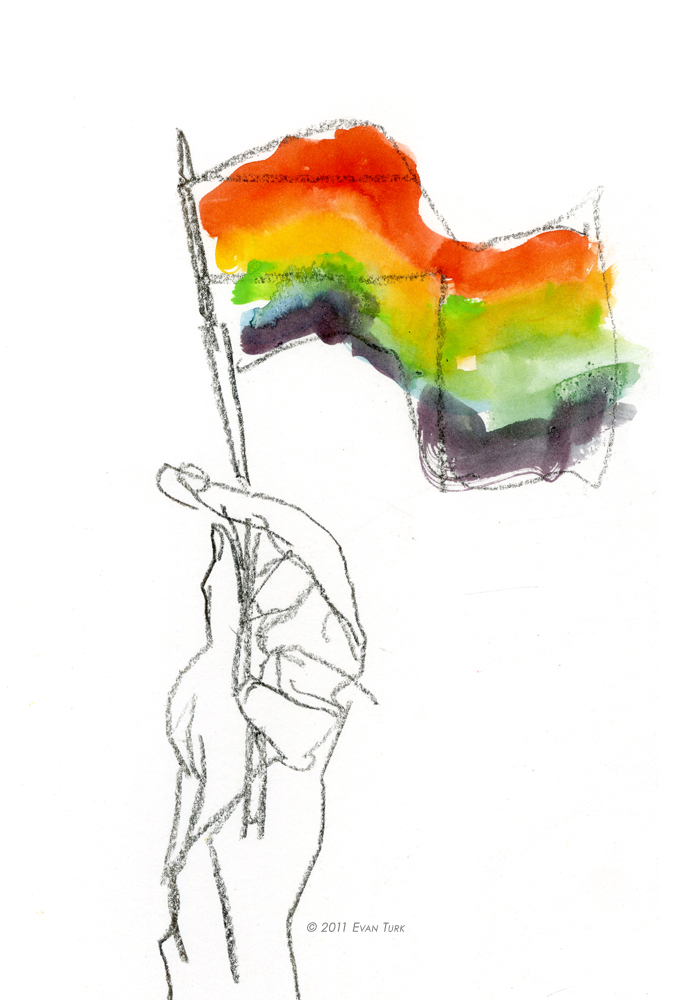 So congratulations to New York on making a huge step towards equality, and good luck to Seattle's gay community! Here's hoping you're next!
Posted by Evan Turk at 3:33 PM